The 9BUTTON was created by NwETA principals as a computer input device for people who are unfamiliar with computers and reluctant to touch a keyboard (“I might break it”). The 9BUTTON is constructed to sit above even the largest laptop keyboard or to replace a standard keyboard. It connects to a USB 2.0 port (backward compatible with usb 1.0) on the computer. (It is no longer available for cTRAIN titles.) The 9BUTTON offers a number of benefits:

Note: Due to the interface methodology,
9BUTTON units can be used only with
BARS and cTRAIN software.

Note that these units are not available in the European Union due to testing requirements. 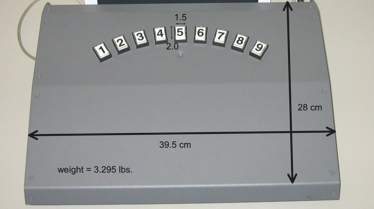 Additional Photos of the 9BUTTON
The 9BUTTON undergoing FCC testing in an anechoic chamber. 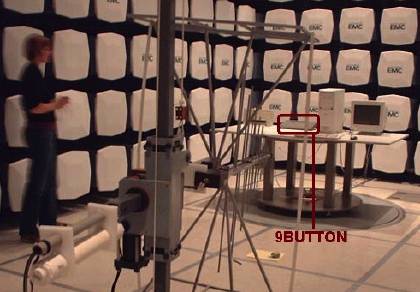 The 9BUTTON’s protective grille on the underside of the button panel. 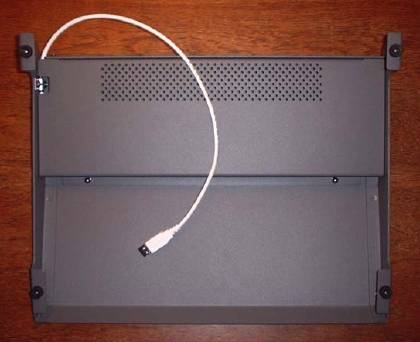 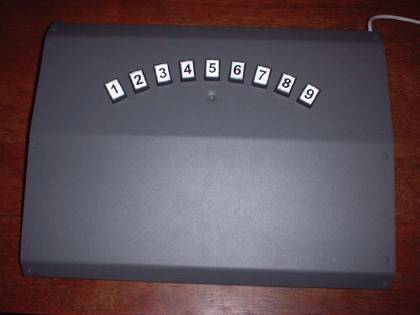 9BUTTON devices and their circuitboards during manufacturing. 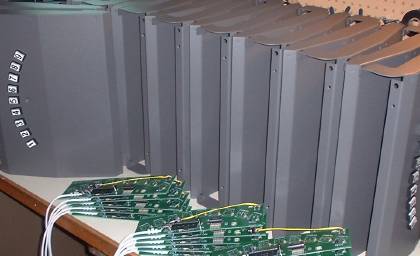